Heliskills Parts was a specialist provider of MD500 helicopter spares. They imported new old stock parts from overseas and stripped damaged machines purchased locally and sold the serviceable parts both in New Zealand and throughout the world. The company was placed into Liquidation on the 10th of April 2018 and Gerry Rea Partners were assigned as liquidators. Skylarc Asset Realisation were contacted to locate the assets of the company and organise their recovery and eventual sale. 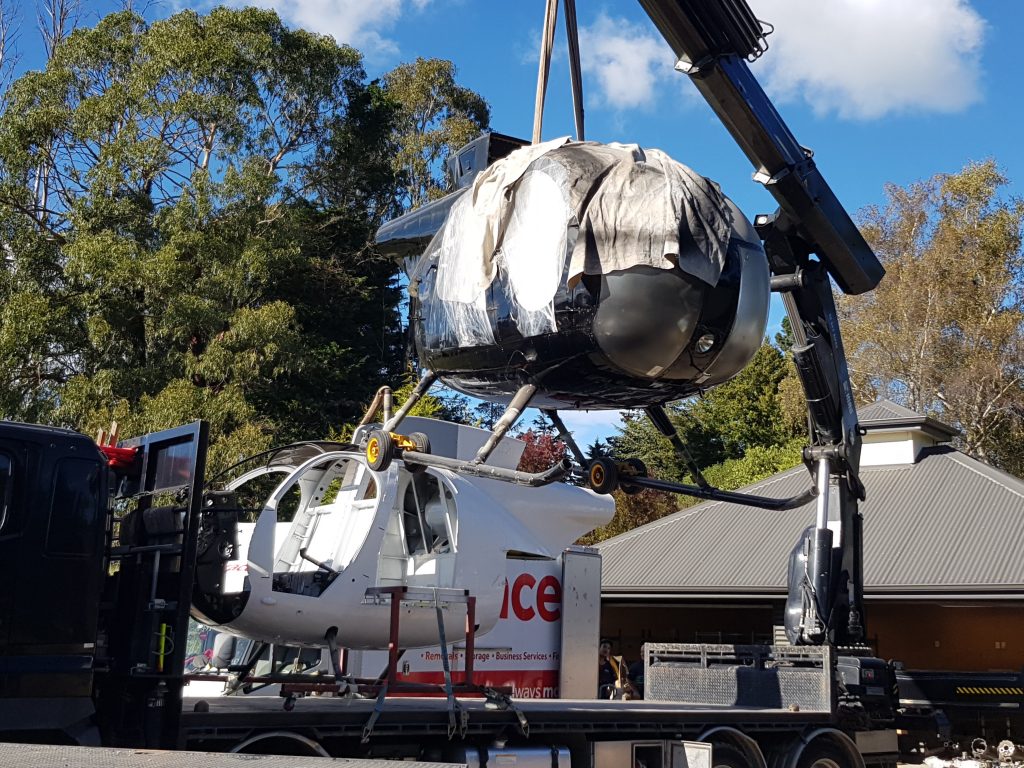 Heliskill’s base of operations was recorded as being the Rangiora aerodrome located south of Christchurch, however upon onsite investigation by Skylarc it was found that the premises had been vacated and the assets moved to a suburban property located in the nearby suburb of Kaiapoi. After an initial site visit, a recovery operation was planned. The assets on site consisted of seven MD500 airframes in various states of disassembly and two outbuildings filled with parts and equipment. The vast majority of the parts lacked the legal documentation required for re-use in operational aircraft and none of the airframes had documentation. There were also questions around the ownership of several of the airframes and some of the associated parts. 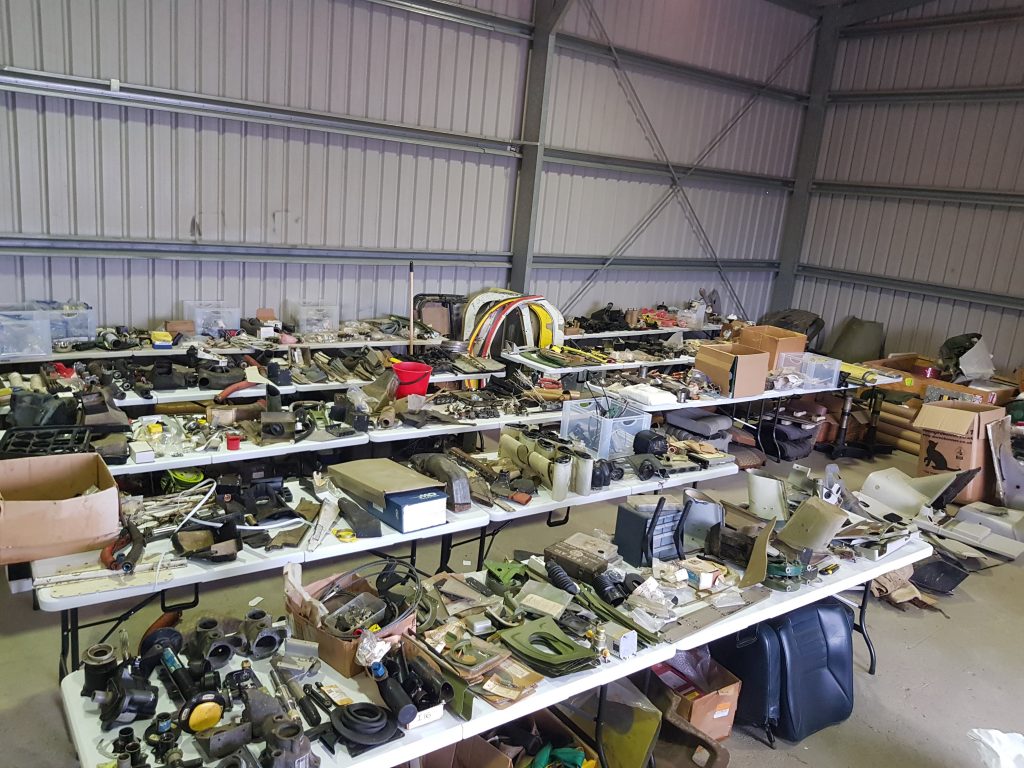 Skylarc organised a local Hiab operator for recovery of the airframes, a furniture moving company for wrapping and recovery of the parts and security services in the event former staff were hostile. All assets were relocated to Skylarc’s Christchurch facility for storage and cataloguing. In order to gauge interest in the assets, an international tender was trialed with potential buyers able to place bids on individual parts or airframes as well as placing a single tender for the whole lot. This was run through Skylarcs own custom tender website. Once closed, the tenders were submitted to the liquidators for consideration. No tenders were initially accepted, the lack of appropriate paperwork severely limited the desirability of the assets to the industry with most of them being only suitable for static display. The decision was made to sell the parts within the New Zealand market, New Zealand is one of the largest MD500 operators in the world and the benefits of a competitive process outweighed the costs of potentially losing some international bidders. All assets were photographed and described in preparation for listing on Trade Me. The auction was listed for consisted of approximately 400 lots ranging from complete airframes to boxes of bolts and nuts. 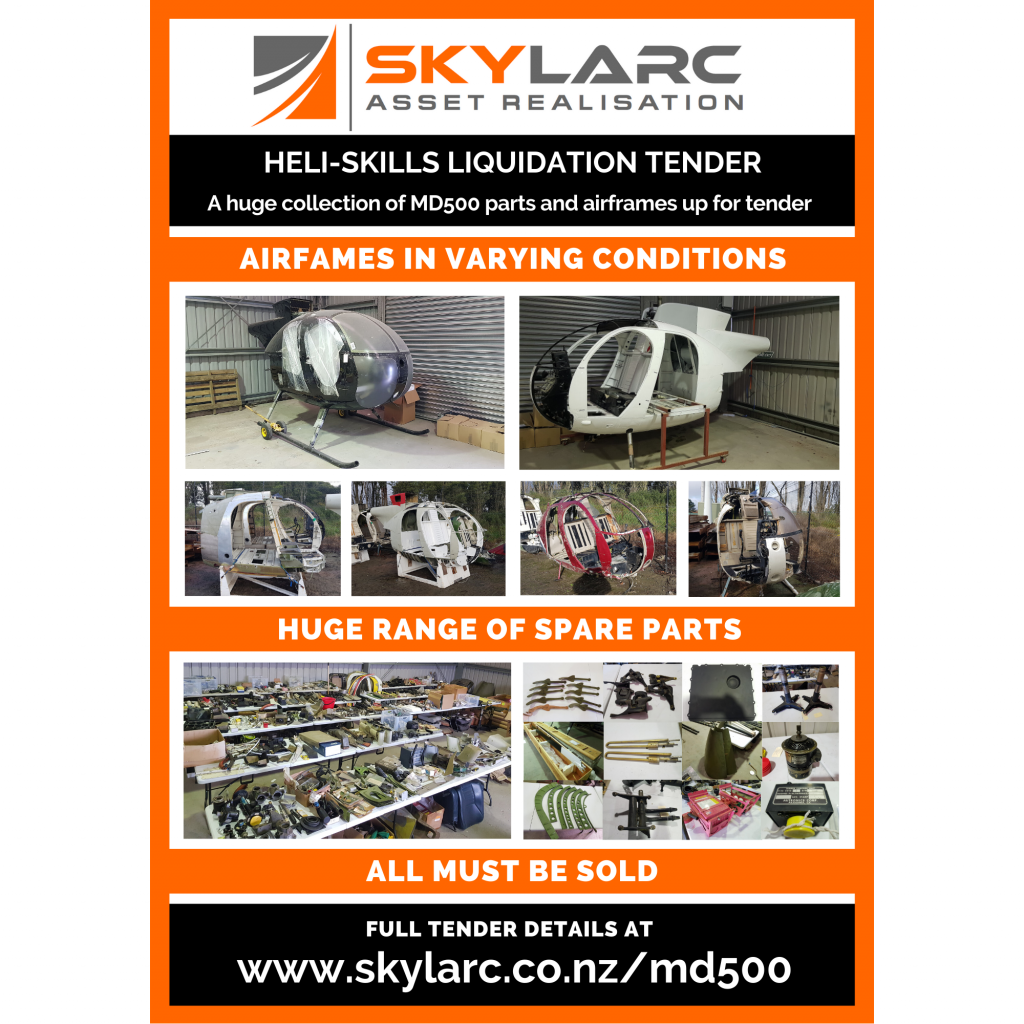 Advertising for the initial tender included a full page advertisement in Heliops magazine, the industry leading international helicopter aviation magazine, advertising on aircraft sales websites and an extensive Facebook marketing campaign through aviation based Facebook groups and Skylarc’s own page. The Trade Me auction was advertised through Facebook and via a targeted phone and email campaign. 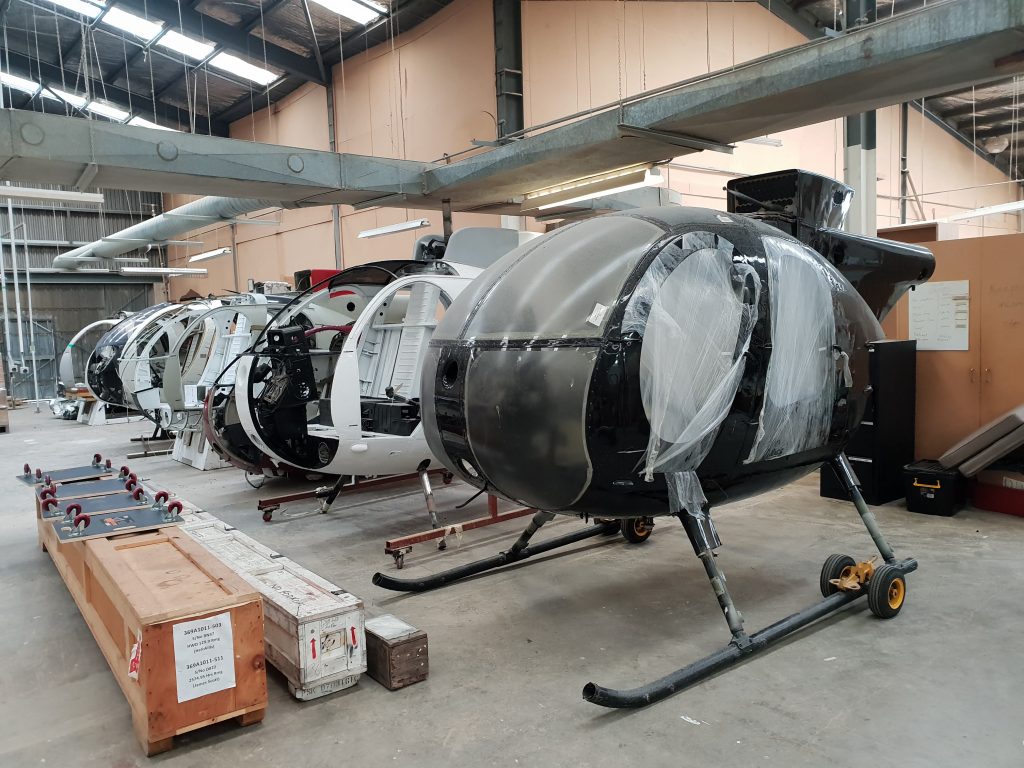